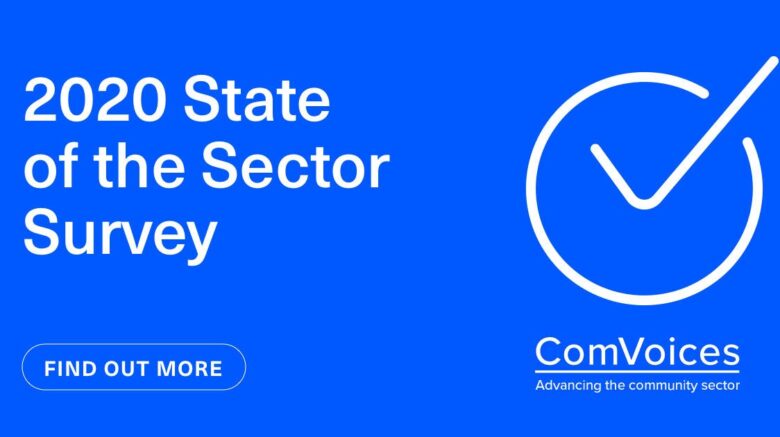 As New Zealand’s community and voluntary sector played a street-by-street, home-by-home role in our COVID-19 response, the sector came under more pressure than ever before.

Growing threats to the sector’s sustainability, and new insights on how Government can respond, are laid bare in the findings of 2020’s ‘State of the Sector’ survey, released by national network ComVoices.

With 80% of the sector battling increasing demand without corresponding resources and active volunteer numbers steadily decreasing, ComVoices Chair Rochelle Stewart-Allen says that New Zealand faces a stark choice – to build on the learnings of Covid-19 or risk the sector’s eventual downfall.

“The longer-term challenge for the community sector and New Zealand is becoming increasingly evident and urgent. While the pandemic dialed up the crisis – it also showed us how the Government’s response can best support a more stable, viable sector – to benefit all New Zealand communities.”

The sector contributes $12.1 billion to the national economy, of which $4 billion is attributable to volunteer labour. But in 2020, the community sector continued a long-term trend of doing more with less. 80% of surveyed organisations saw ongoing, increased demands in workload without corresponding funding – and 80% of those with government contracts were forced to over-deliver on the services and programmes they were funded to provide.

As a result, over 45% needed to increase their paid staff to meet demand. At the same time, the pandemic impacted their fundraising, donations and availability of volunteers, with 54% of organisations reporting reduced income and 46% reporting increased costs.

But under this unprecedented pressure innovation thrived, with 88% of organisations seeing a rapid uptake of new technologies, 75% reporting innovation when delivering their programmes, and new ways of working and collaborating becoming widespread.

And crucially, the community sector’s partnerships with Government became more responsive, flexible and sustainable than for many years before. 40% of organisations saw the value of government contracts increase, and greater flexibility in contact requirements, faster decision-making, and greater partnership was widely reported.

More community organisations also reported an increase in financial viability than in previous surveys, with fewer surviving on reserves. And they also felt more confident in their partnerships with Government, with the measure of organisations that were reluctant to speak publicly on issues, declining from 60% in 2014 to only 22% in 2020.

“Building on this sustainability is vital for New Zealand’s future” says Rochelle Stewart-Allen. “Fairer contracts, greater flexibility and a genuine sense of partnership has created significant and immediate impacts – but our longer-term threats remain.”

This view is echoed by economist Shamubeel Eaqub: “The community sector provided essential services to our most vulnerable during the pandemic. As a nation we rely on community and volunteer services to do things we value – in many cases filling gaps in public services. But we need to fund them properly, and not exploit the kindness, generosity and goodwill of those involved – or I fear at the next crisis the sector will not be strong enough to keep doing their good work”.

The 2020 State of the Sector Report and Summary can be found at www.comvoices.org.nz.